Conceptual Sketch: The Future of The Elks Theatre 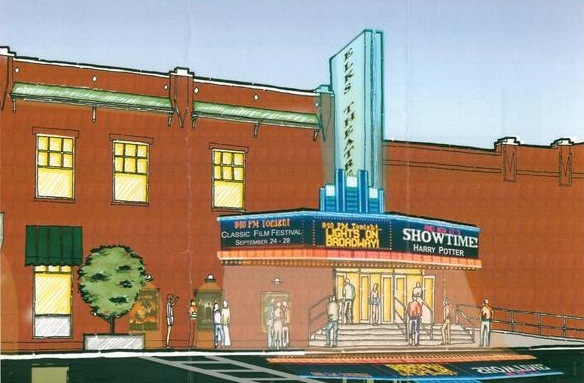 This sketch was produced by an architect hired by the Greater Middletown Economic Development Corporation (GMEDC), the non-profit organization that owns the theater. As part of the GMEDC’s new SAVE THE ELKS Campaign, launched in late 2012, a new marquee will be an upgrade to the theater in belated celebration of the theater’s 100th anniversary (it is 101 as of October), along with the necessary digital projection.