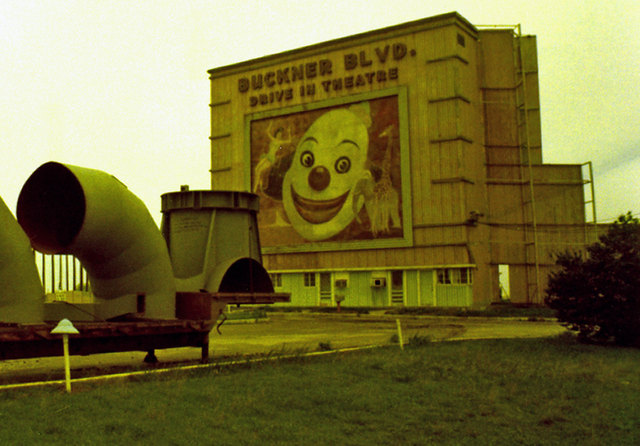 When the Buckner opened, it featured a mural of a stagecoach on the screen tower. This was later replaced by a clown similar to the one on the Chalk Hill Drive-In. The theater closed in the late 1970s and was demolished by 1981. A mini-storage facility is now located on the site.