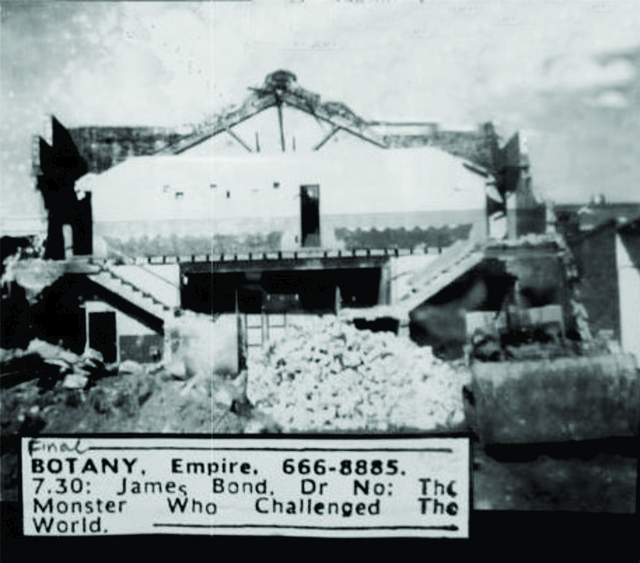 Photo of The Empire demolition in 1972 from a collage. Courtesy of Jenny MacRitchie,Heritage Librarian, City of Botany Bay.

again, from me in a framed collage of photos donated to Botany bay Council. The last film I saw at The Empire was OKLAHOMA in August 1964. The Empire was a very good cinema, with excellent sound and picture…it was painted cream and mushroom pink trim, from a 1953 upgrade which remodelled the interior. Had it not been closed in 1965 to become a storeroom for cinema parts then demolished 7 years later, it would have made a viable new century cinema. It was very popular and in a terrific location. ….Paul Brennan. .au