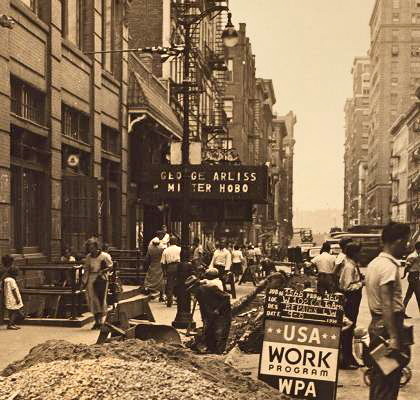 As I mentioned in an earlier comment, my apartment house was on the same side of the street as the Rose Theater. What I didn’t mention was the sign “USA WPA”, which was a program instituted by President FDR. It gave work to thousands of men, including my father who lost his lucrative business during the Wall Street Crash. My two older brothers got jobs with the CCC. Their salaries helped to keep our family afloat until the war began and they went into the army. We then had almost five years of ration- ing and more sacrifice, which was made willfully by all.