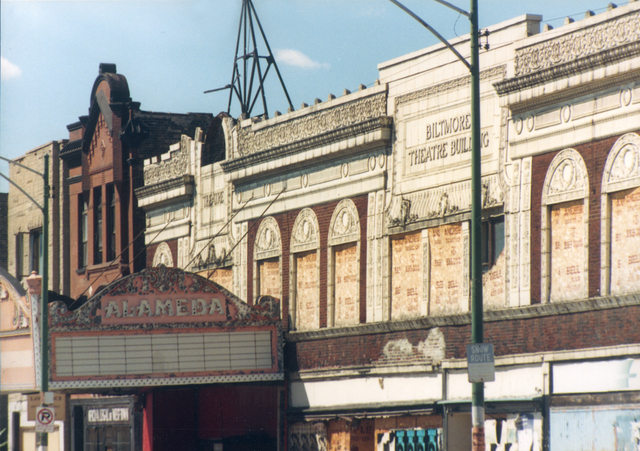 Glad I took a shot of this one-time pride of Division Street while passing through the old neighborhood in 1989. As you can see, the decorative terracotta arch had collapsed, and likely was resting on top of the marquee.

The steel frame anchor for a huge vertical neon sign is seen behind the arch, but the sign itself likely was removed before or during World War II. My memories of the Biltmore start around 1948, and the sign was gone by then.