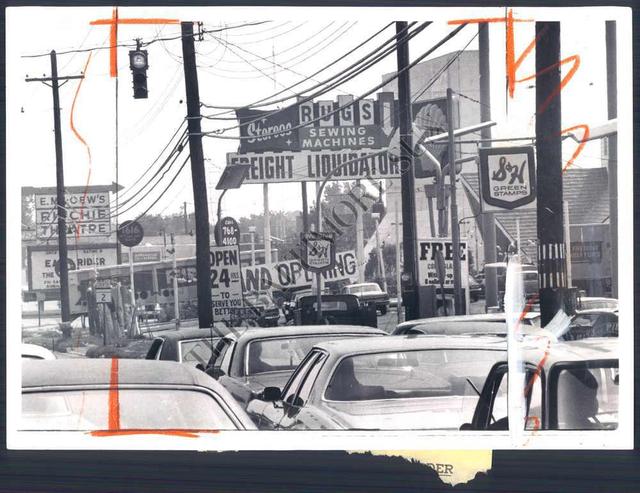 You can see the marquee for the drive-in on the left and the screen behind the Shell sign.

Yep the Movie Was The Easy Riders which implies this picture came from either the 50’s or Early 60’s.

My family and I loved this drive-in and I miss it so much!… I was told by employees there that it was closing because a hardware store “Hechingers” moved next door with their bright lights shining on the movie screen interfering with the viewing of their movies and there was a legal battle going on as to which place was responsible for putting up a fence between the two businesses in which I had believed that “Hechingers” should have been held liable since the drive-in was there first. I also heard that the drive-in was having some problems with patrons who were bringing drugs in on the property and using them. What a terrible shame that wonderful place like this had to go!