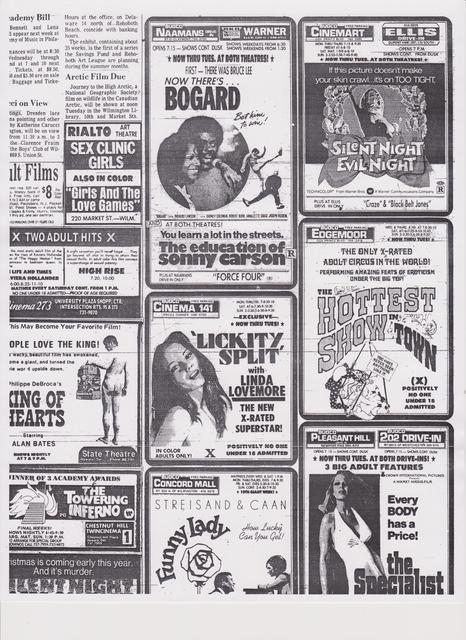 Thanks for this. The movie page from Wilmington’s Evening Journal, or The Morning News, probably spring or early summer of 1975. I saw Funny Lady at a champagne reception with my mother at the Concord Mall Cinema when it opened. Towering Inferno would have been playing 2nd run at Chestnut Hill by that point. I think the exclusive initial run for TI was at Eric’s Concordville in Concordville, PA. Makes sense that King of Hearts was playing the State in Newark, DE as that was that college town’s rep/revival house. Saw many older flicks there over the years. I saw films at Cinema 141, Cinemart, & 202 Drive-In. All gone now. Surprised that the Edgemoor & 141 were playing x-rated fare – they usually played respectable 1st or 2nd-run films. Can’t recall if Cinema 273 was exclusively an adult-only house. It, too, may have played 1st-run films at one time, too.