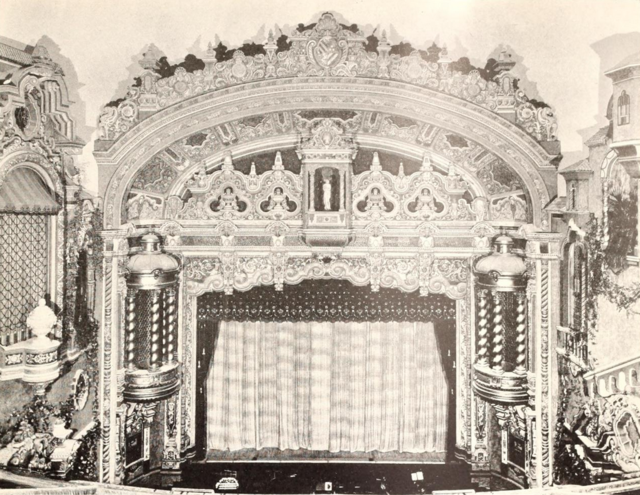 In the early fifties the regular screen was replaced with a Sybchro-Screen. This was much larger and had a white surrond around the screen. We would get complaints that the picture was not filling the entire screen and had to explain it was a light-surround screen. Later it was replaced in turn by a Cinemascope screen.

Lovely proscenium design and curtains are handsome too. What a rich and unique interior.