Colonial Theater schedule for the week of March 29, 1920 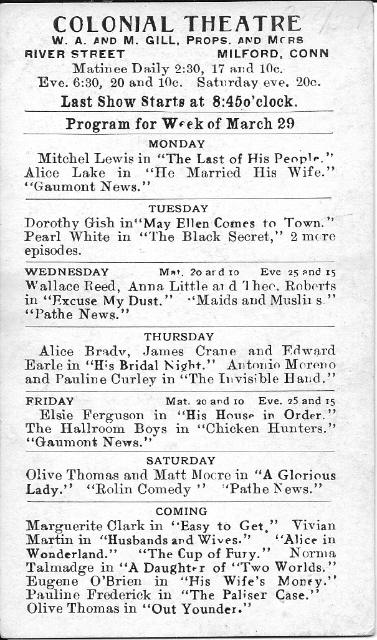 The Colonial Theater handed out cards with each weeks' schedule on them. It looks like they had shows at 2:30, 6:30 and 8:45 each day except Sunday. The admission to some films was a few pennies more, presumably because the film rental was more expensive on some Paramount releases. On Tuesday they are showing two episodes of Pearl White’s serial THE BLACK SECRET, back-to-back.