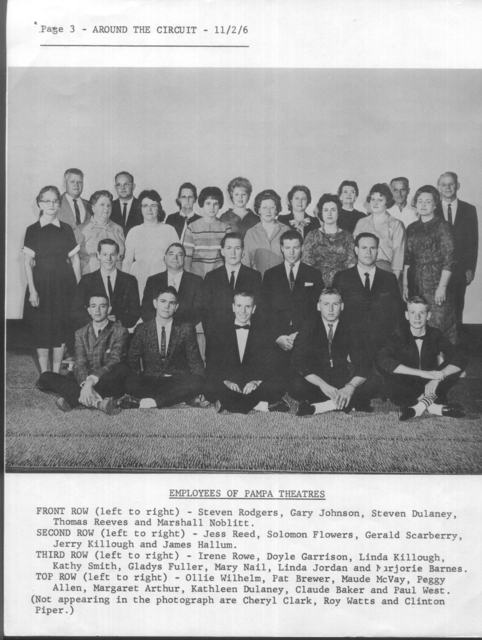 This picture would have been taken after the Capri Theater opened. Sol Flowers transferred in to be projectionist at the Capri. Irene Rowe was cashier at the LaVista; Maude McVey worked the concession at the Top O Texas; Margret Arthur worked the concession at the Capri after the LaNora burned. I began work as usher and doorman at the LaVista and LaNora; later, projectionist at LaVista/LaNora/Pampa and Top O Texas drive-ins. I removed the cans of film from the projection booth at the LaNora the day after the fire. I worked the Theaters in Lubbock as assistant to J B Rhea and filled in as vacation relief as manager in Pampa after Paul West went to Albuquerque. Would love to have copies of his pictures of the theaters in Pampa.