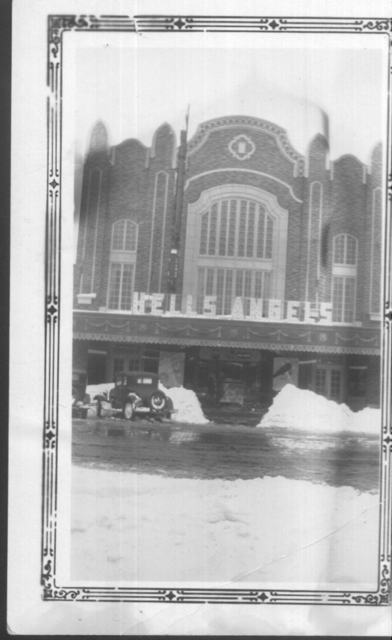 Howard Hughes' production Hell’s Angels was released nationwide in late 1930, shortly before the La Nora opened, so this photo probably dates from early 1931 (I’d guess January or February, judging from the amount of snow on the ground.)