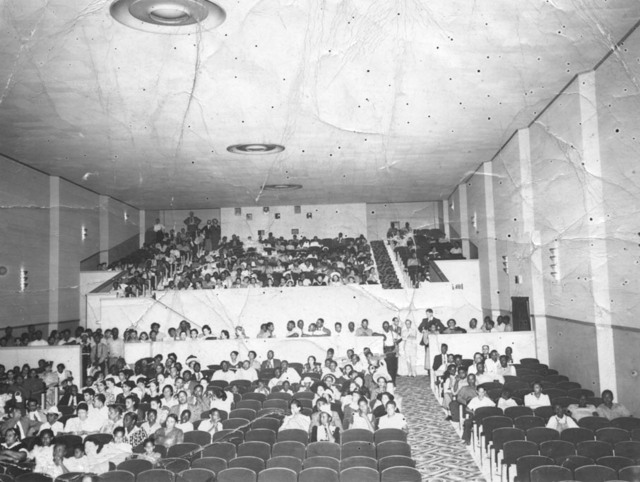 Just located a photo of the interior of the Dowling theater with the balcony as described earlier. If you look carefully, on the left, you can see the rail going up to the balcony. There is a similar set of stairs on the right, but is washed out in this photo. You can see the aisle on the right.

The projection booth was generally entered on the left side of this photo. The two projectors projected their images through the two lower openings on the right. The two openings diagonally above and to the left were used by the projectionist when starting the next projector.