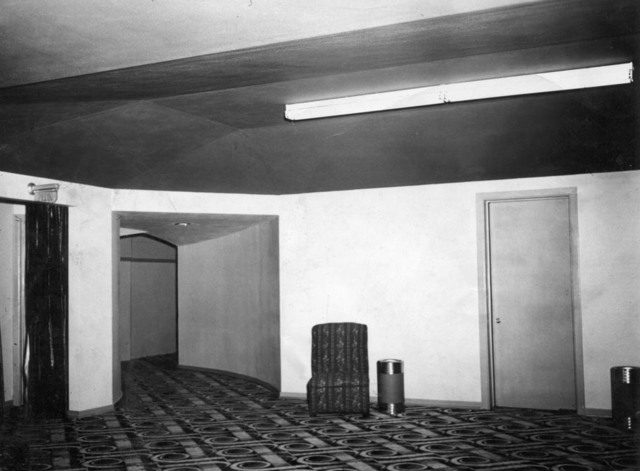 Inside the lobby of the Dowling theater. The ceiling is low. The projection booth is above the lobby. The entrance it to the right side of the auditorium. The curved corridor kept light out of the auditorium and eliminated the need for doors.

If you look at the photo of with the balcony, you will notice that there is a section that if further back from the camera on both sided. This is where this curved corridor ended, entering the auditorium.

This photo was probably taken the near the opening of the theater.

If I remember correctly, the door you see was a storage room. When the theater was later remodeled for CinemaScope in the early 50s, the rest rooms were moved to either side, men - right, women - left.