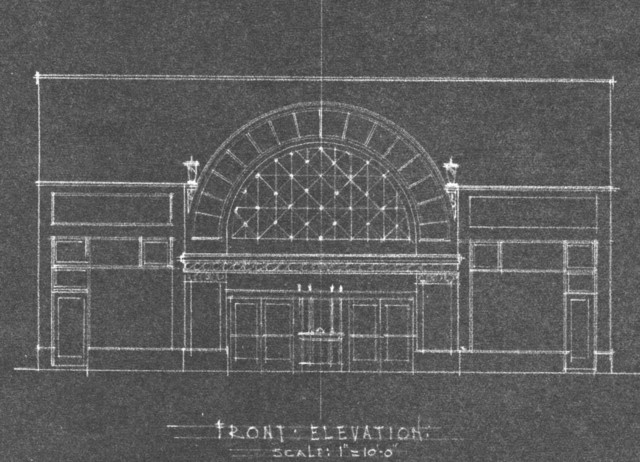 It is titled as a prospective addition to the Lamar Theatre but it is not the addition that was actually built. It is dated 1934 and greatly resembles the only image I have ever seen of the Rialto Theatre on Jackson in newsreel footage.