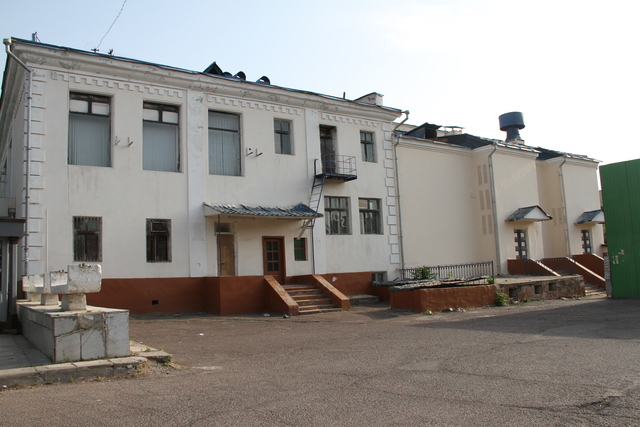 Photograph taken from the West side of the building.Design suggests that it was constructed during the Russian period before Uzbekistan became independent in 1991. Note the emergency exit from the projection room. Inflammable (nitrate) film stock had gone out of use in Russia by 1960.Thus the positioning of the escape route, the design of the building and construction materials suggests that it predates 1950.