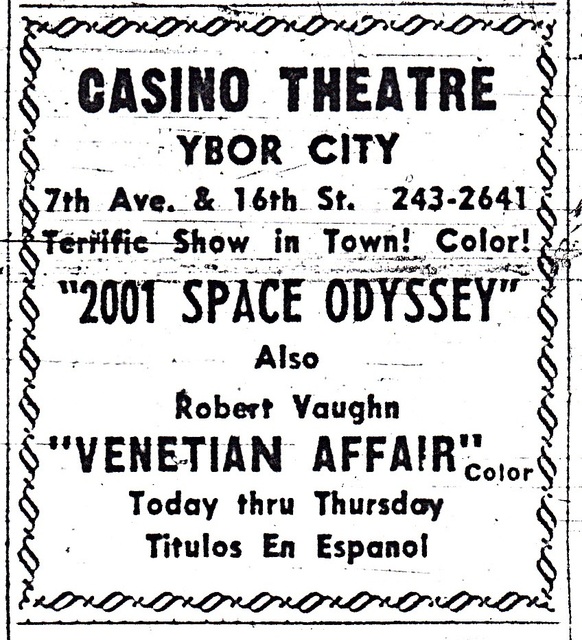 Long known for running Spanish language films exclusively, the Casino Theatre broke away from tradition for a short period and played several popular English films with Spanish subtitles. This ad for “2001: A Space Odyssey" from the Tampa Tribune is dated November 1, 1969.