The Century Theatre and Office Building 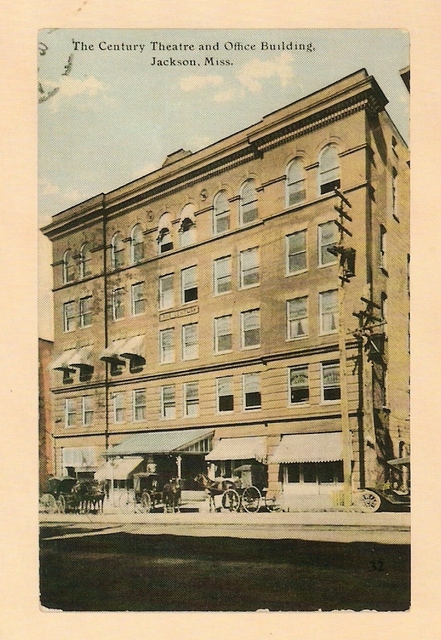 The Century Theatre opened with James M. Barrie’s play, “The Little Minister,” on October 10, 1901. It was the entertainment center of the city for several decades, having been razed for a parking lot in 1963. There were offices in the upper floors of the building, the signs indicating insurance firms and attorneys as occupants. Note the early car along with three buggies on the street in front.