"Gone With The Wind" Palace Theatre, Tampa, FL (Not 70mm) 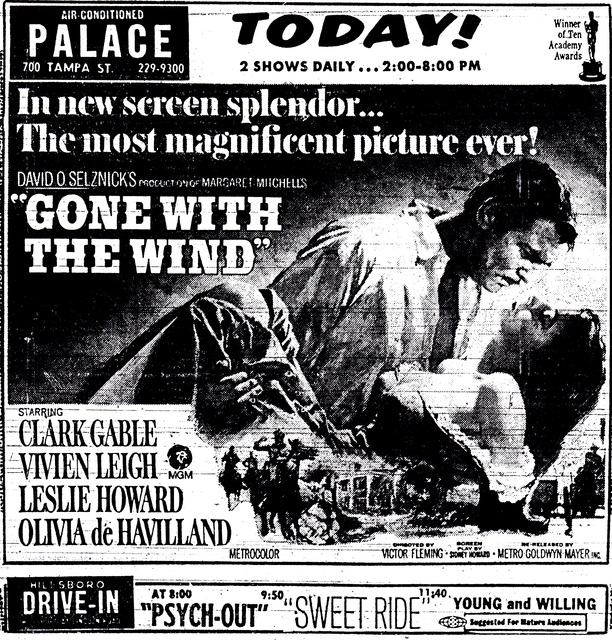 When the long running 70mm roadshow version ended at the Loew’s Theatre across the bay in St. Petersburg it was assumed the Palace would also present the film in 70mm. Instead it was shown in 35mm possibly due to the negative reviews the butchered 70mm version had received. Ad from the Tampa Tribune dated October 1968.