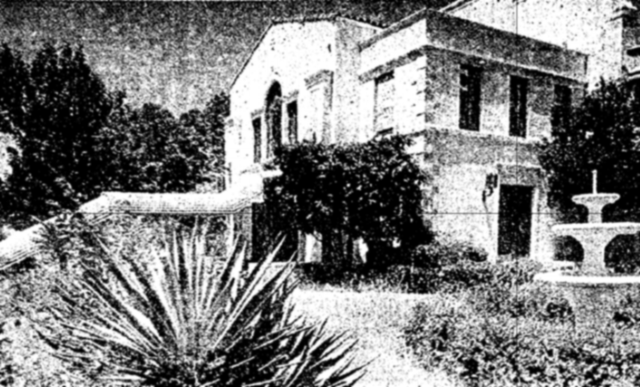 The Little Theater was built in 1922 as an adobe 2-story live theatre. WW-2 found community theater declining ant it was renamed the El Panamericano by JJ Rodriguez in October 1943 showing Spanish language films . He then closed Cine Azteca, Dallas' first Spanish language movie theatre and operated this mega-successful movie theater appealing to what was known as the Little Mexico neighborhood in Dallas. But in 1965, Rodriguez got some business advice and rebranded the property as the Festival and added a restaurant to appeal to a more upscale Hispanic audience. He admitted that this move proved to be a mistake as the Hispanic population was moving out of the area and Oak Cliff audiences gravitated to the Stevens Theatre. By the late 1970s, several more Spanish language theaters entered the DFW market and Little Mexico was virtually gone. The Festival was on life support and though Rodriguez managed to make it into July of 1981 he sold the Festival to real estate investors. A final live play was staged at the theatre as a last hoorah for the property in Oct. and Nov. of 1981.