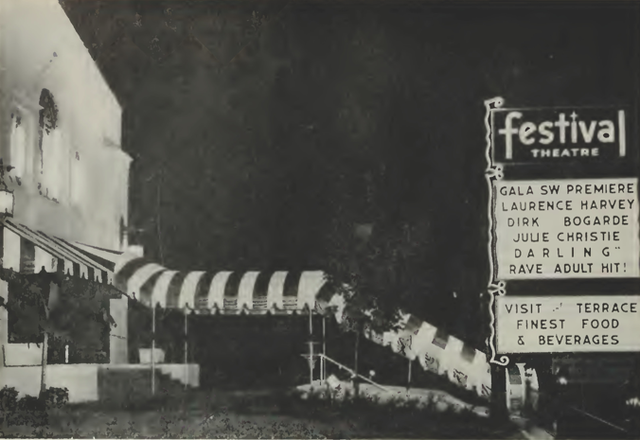 The theatre changed from the Panamericano to the Festival in 1965. It attempted to become an art film with a restaurant. It then rebranded back to a more family-style Spanish language theatre but the theatre didn’t regain its former glory. The theatre limped toward its finish line in the early 1980s as the land was worth more than the theatre’s operating bottom line plus labor.