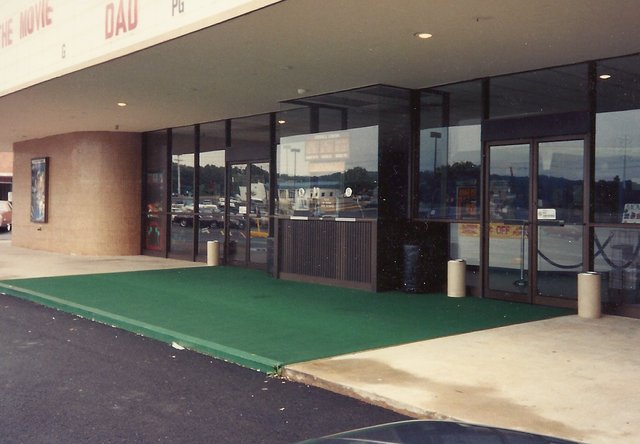 Green AstroTurf. It appears originally the area in front of the box office was covered in 2"x2" tile. When the tile became wet, it was very slippery. Also, the tile began to crack and whole tiles were missing. The AstroTurf was added, I believe, to help prevent patrons from slipping and falling. Later the AstroTurf began to buckle and rip. It was probably replaced a few times over the life of Terrace Triple Theatre. Note - I think the outside curved walls are also covered in tile.

When I was manager of this theatre from 1983-1985, the AstroTurf was there and showed signs of minor wear.