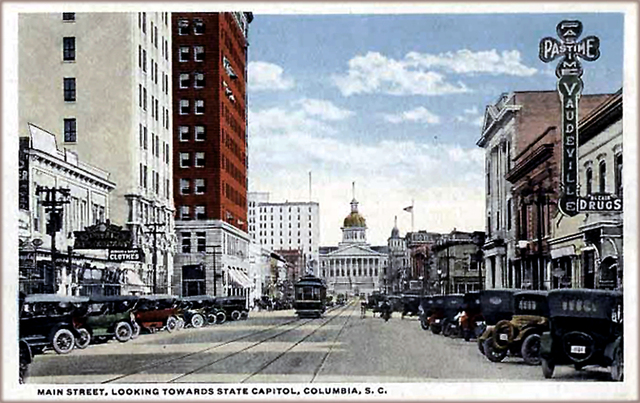 The picture in the photo is actually the second home to the Pastime Vaudeville Theatre which would transform to full-time films as the Imperial Theatre in the silent era and then the Palmetto Theatre in the sound era. The first home was just across the street.