Creature from the Black Lagoon in 3D and IN PERSON 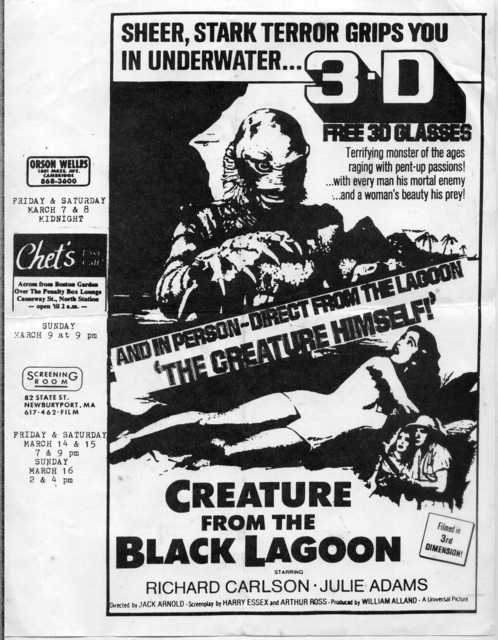 A flyer for a rather unusual event(even for the Welles.) A screening of The Creature From The Black Lagoon, not only in 3D but with a special live in theater appearance from the Creature himself. Not sure what year this took place but the Orson Welles was destroyed in a fire in 1986. Also unusual is the middle location for the screening, Chet’s Last Call was a bar across from the old Boston Garden arena. I can only imagine what the scene was like when the Creature appeared there.