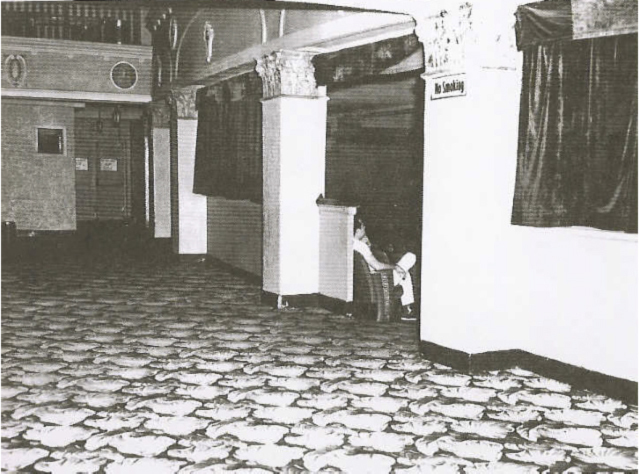 Infamous day in the history of the Texas Theatre and probably the reason it wasn’t torn down decades later was the capture of Lee Harvey Oswald at 1:51p on Nov. 22, 1963. This picture of the interior was taken on Nov. 22, 1963 of the then United Artists operated theater. This was Dallas Police Department Crime Lab Photo #11. Ticket taker Julia E. Postal was informed by a nearby store manager of a suspicious man who came into the theater and she contacted police.