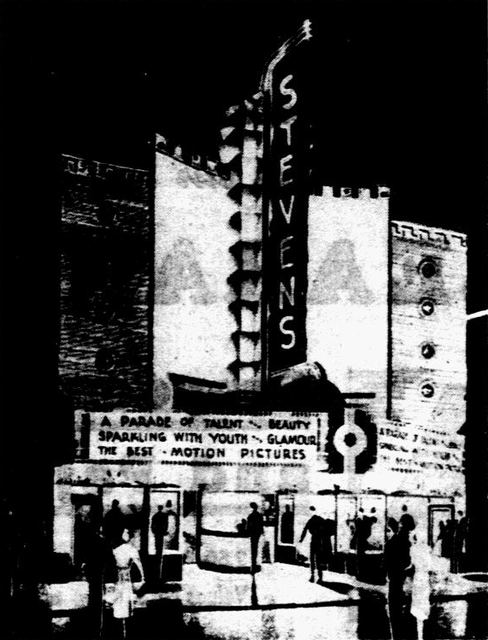 Original artists rendering of what would become the $100,000 Oak Cliff theater – Robb and Rowley (R&R) Circuit’s first post-war theater which opened January 1946. Originally scheduled to be nestled in a triangular tract just off of Stevens Park at Colorado and Hampton, the project was delayed and moved just to the north at 2007 Fort Worth Avenue.