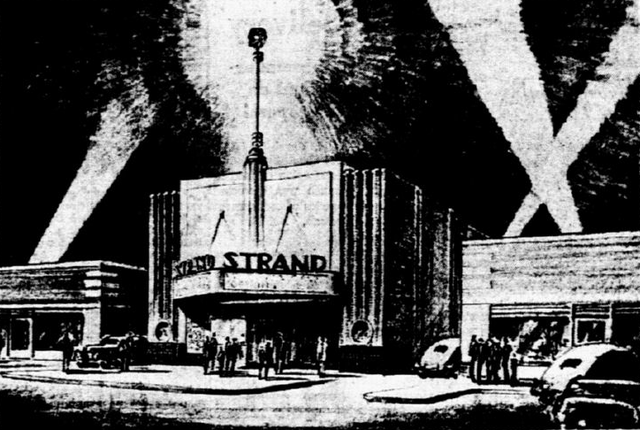 Architects' Pettigrew and Worley (who did Dallas' Arcadia, Lakewood, Wynnewood, Forest, et al) concept for the Strand in 1941. This theater was to be part of the Burke and Schneider group with 600 seats. Targeted for a May 15th opening which it may have had though there’s little evidence of that. It is more likely that the project is delayed and then runs into WWII limitations. The project becomes known as The Hill in 1946 as part of the Gene Autry Enterprises theater group. That theater at this address is said to have been newly built.