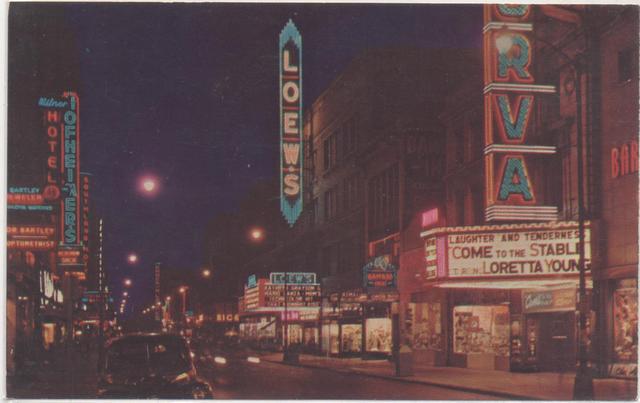 Probably 1949, the year “Come to the Stable” was released. Notice the blue neon sign on the left that says “Hofheimer’s” For decades, that upscale shoe store occupied the building that was once the Strand theater at 325 Granby St, built in 1911 as the Victoria theatre. That is probably the theater’s old marquee.