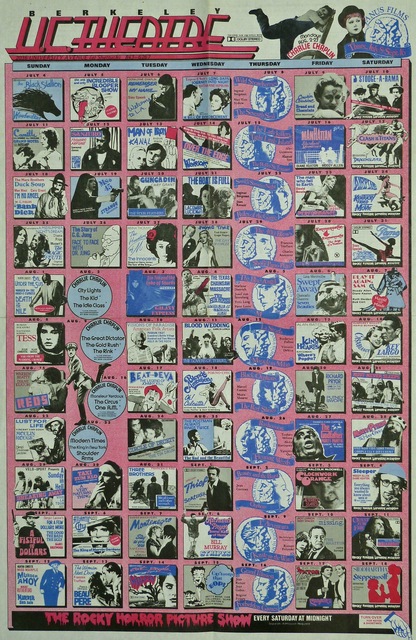 The calendars were available at the theatre as well as bookstores, record stores, restaurants and other establishments around town. I’d eagerly await each new program which would immediately be posted inside my closet door along with other Bay Area rep theatre calendars. It was a great time to be a film buff in the Bay Area!

Do you have the original calendar? I would love to purchase it!