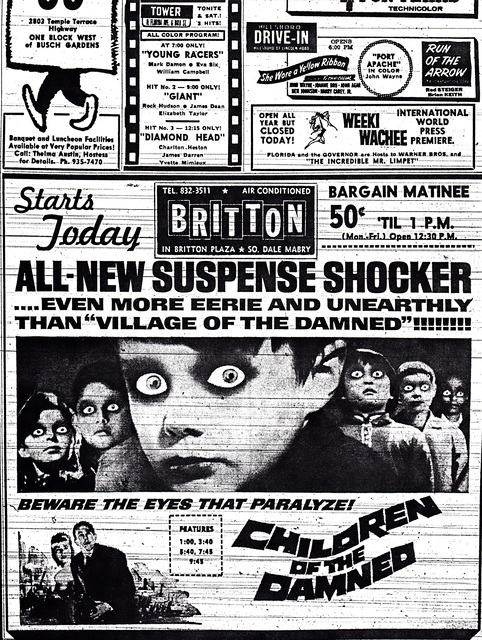 Nearly all of the Britton’s 2,200 seats were jammed for the matinee showing I attended on Saturday, January 18, 1964. Those who were expecting an exciting sequel to “Village of the Damned” were disappointed as the film bore little to no resemblance to the 1960 thriller. With its politically themed subplot “Children of the Damned” almost seemed to be geared more towards adults rather than youngsters.