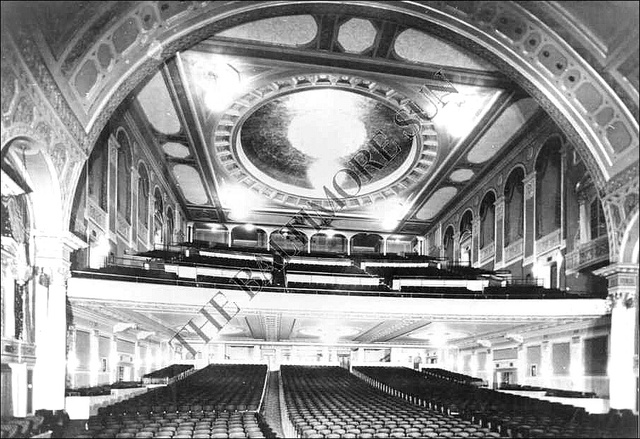 The Beautiful AuditoriumOf The Stanton Theatre seating roughly over 4.000 people and furnished in Italian Marble and Plaster with boxes and loges it wad patented ad being the most luxurious Theatre ever in Baltimore. The biggest of the chandeliers were in the center of the Auditorium. On both sides of the Auditorium were the Iron grills that contained the Organ Chambers that contain 31 sets of Organ Pipes needed to create melodious sound from the Kimball organ.