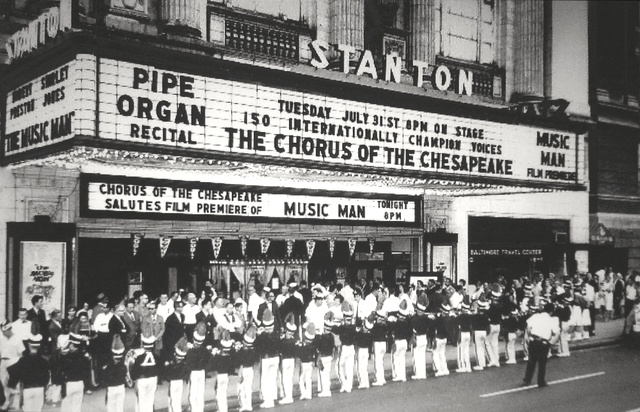 The Baltimore Film Premier of The Music Man with Robert Preston And Shirley Jones. Following a Organ Recital by Richard F Klein Jr on the Restored Gold And White Kimball Console the presentation started promptly at 8:00pm on July 31st 1963. Audience and staff were so pleased with the organ recital that they gave the organ and organist Richard Klein a standing Ovation and applause and decided to include the Kimball as a regular selection on the Stanton program every week.

John, in a very recent conversation with Richard “Dick” Kline he shared with me that none of the combination Pistons or swell were yet working! Not fun for an organist at a large instrument!