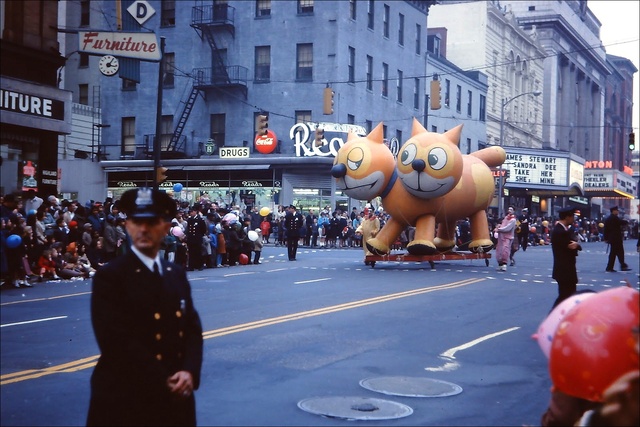 Baltimore Thanksgiving Day Parade Of 1963. The Mayfair showing James Stewart in Take Her She’s Mine And The Stanton showing James Garner In Wheeler Dealers. Reads drug store remained on Howard st until 1980 when KFC took over and later on went outta business due to Howard Streets decline in 1990.