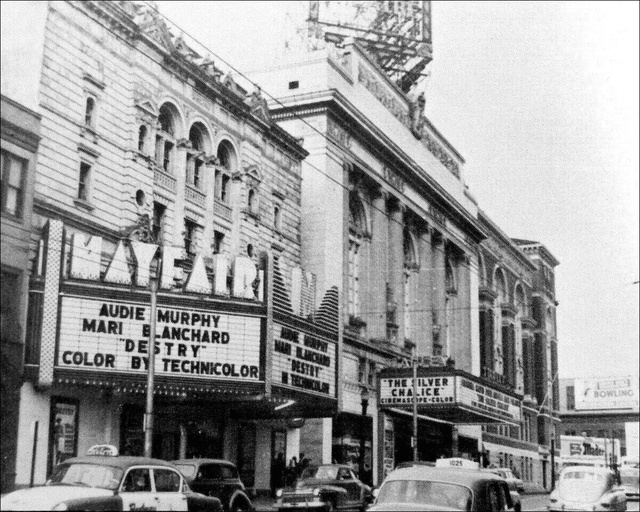 This 1955 view shows the New MAYFAIR Marquee on the old Facade of the Auditorium Theatre and the Stanley standing in place of the academy of music. The Movie Destry was a cowboy western film, with Audie Murphy and Mari Blanchard. And next door the Stanley was showing The Silver Chalice which was a Greek Mythology movie.