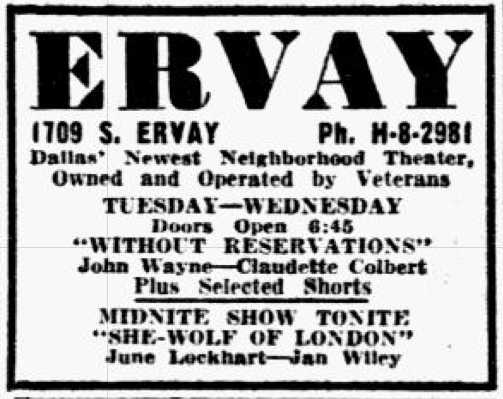 L.R. Robertson, Sam Passman and Geldon Roberts used a G.I. provision to gain a permit to build the Ervay Theater in February 1946 and upon completion had a soft launch in December of that year. They started advertising about two weeks after the launch using their veteran status within the marketing. The most famous of the operators of the establishment was Jack Ruby who operated the theater for a short period in 1953.