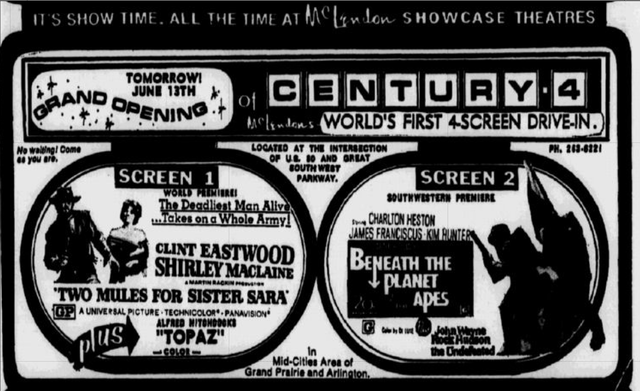 Operated by the McLendon Theater Circuit, the Century was originally home to a one-screen theater named the Downs after a long-since bulldozed racetrack, Arlington Downs. Soon after the Downs last showing on January 20, 1970 (a double feature of “Flare Up” and “Speedway), McLendon would create what it called the world’s largest drive-in and first four-screener: the Century Drive-In. It began business on June 19, 1970 with “Beneath The Planet of the Apes” with “The Undefeated” and “Two Mules for Sister Sara” with “Topaz”.