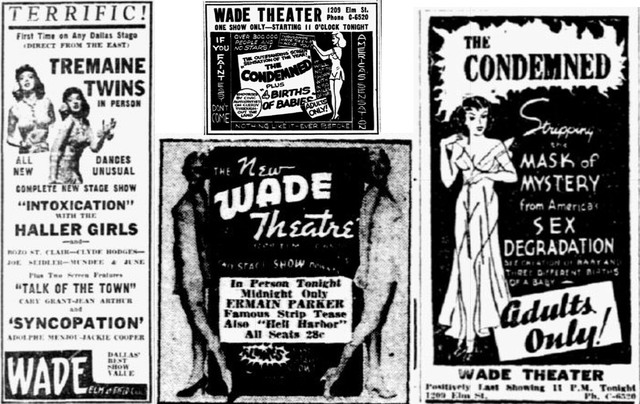 The Wade followed the Joy nameplate which didn’t change the formula much with burlesque-picture policy and exploitation films booked in the 1940s. Two more name changes followed the Wade left so little impact that when the theater became the Strand, ads said simply Strand Theatre - “formerly the Wade” (not mentioning the Dallas or Downtown names that followed the Wade).