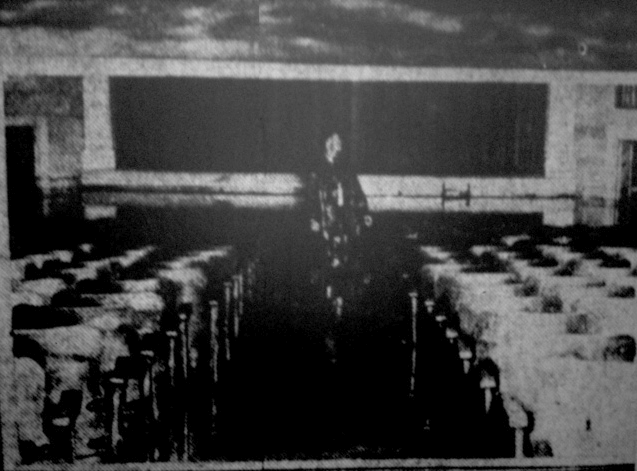 The Foy Theater Circuit opened the Parkway Theater, an 800 seat theater with $15,000 pipe organ on October 2, 1921. It joined the Bluebird, Colonial, Ideal, Columbia and Rialto. The first film was “The Matchbreaker” with Viola Dana.

This picture is a shot of a firefighter who entered the theater just days after its March of 1933 relaunch and refurnishing as the Fair Theater. He’s in standing water as the theater suffered major hail damage, shattering the glass doors and windows. Five feet of water flooded the newly remodeled theater closing for a short period.