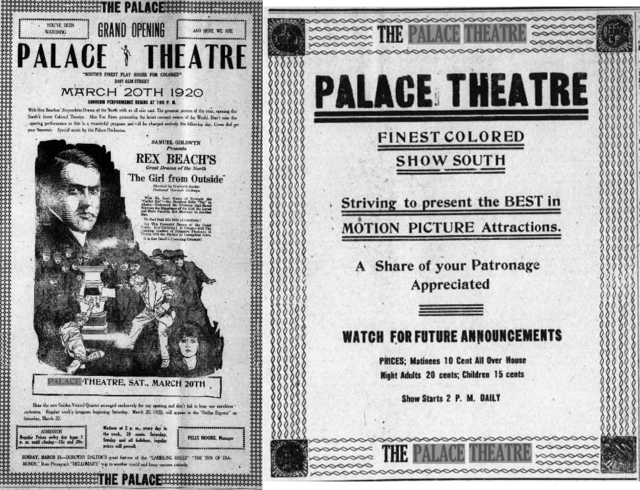 The Palace Theatre opened as an African American theater on May 20, 1920 at 2407 Elm with the film, “The Girl from the Outside.” Competition was from the venerable Grand Central Theater across the street and the heavily marketed Mammoth Theatre. But the Palace outlived both of those theaters transitioning into the sound era of film. On March 22, 1934, the remodeled and updated theater was renamed the Harlem Theater where it operated for more than 20 years.