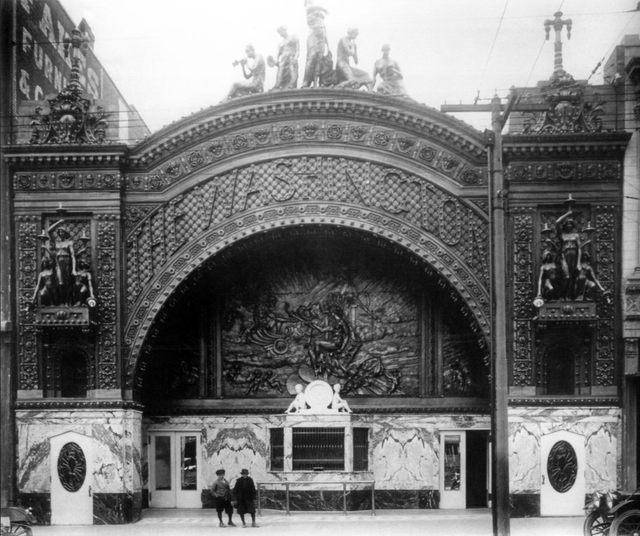 It’s 1912 and for ten years, film exhibition has been in converted storefronts referred to a “store-shows” or Nickelodeons. It must have been pretty impressive to go to Dallas' first movie palace expressly built for photoplays here at the Washington. They didn’t have the eye-catching marquee at this point or even the best concepts for marketing. But design-wise, they had style and future competitors took notice. Theaters spouted up and down Elm Street and left the 600-seat Washington in the dust. That’s what it became in 1927 after its 15-year lease lapsed. But theater row flourished because of what W.D. Nevills had started.