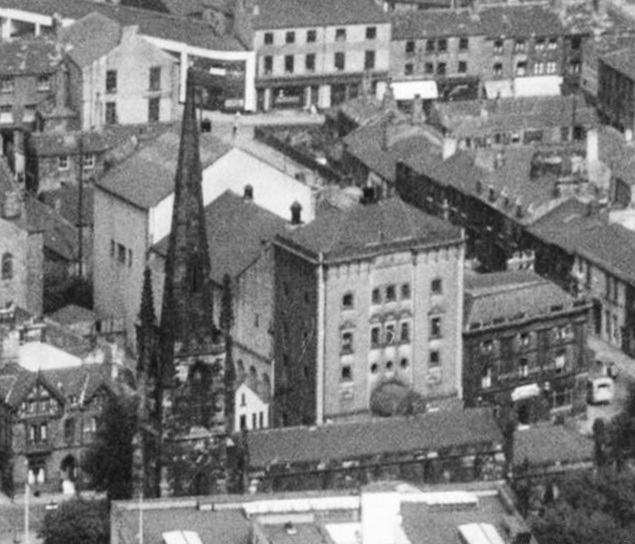 This is an August 1947 aerial view of the building which was later to be the Classic/Cannon in Huddersfield.

It has been known as: Hippodrome; Armoury Theatre; Essoldo; Classic; Cannon; Tudor. There does seem to be confusion about the sequence, though.

That would indicate that Essoldo, Classic and Cannon followed in that order.