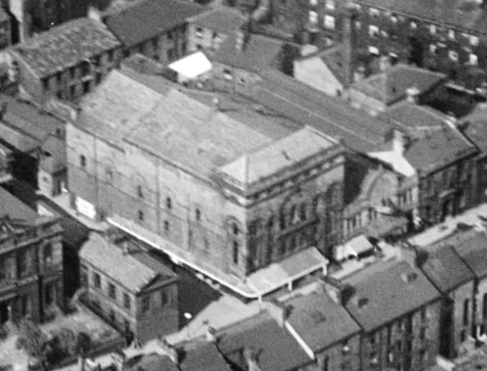 This is a 1926 aerial view of the Theatre Royal (large) and the Picture House (smaller and adjacent on the right).

Ramsden Street was Huddersfield’s cinema alley, with the Theatre Royal, Picture House (shown above) and the Hippodrome (later to be Cannon; and further down the street to the right in the photo). In October 1957 the latter two were acquired by the Essoldo circuit. The Picture House retained its name, but the other cinema (called the Tudor at that time) was renamed Essoldo.