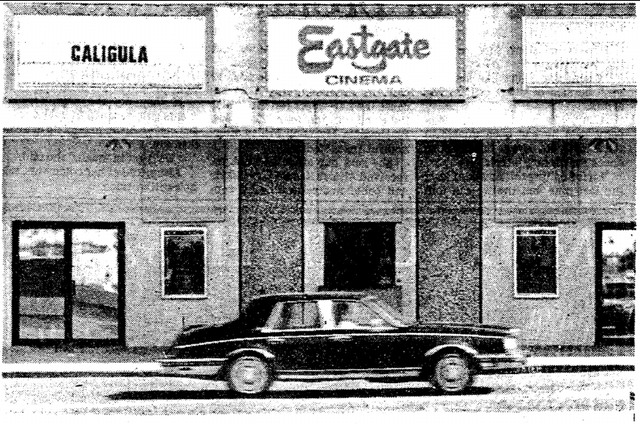 For eleven and three-quarter years, the Eastgate Cinemas (formerly The Movies) struggled mightily to find its audience base in Garland. It closed a second time in May of 1984 as a dying dollar house whose owner was sued for allegedly not providing enough box office dollars to the major studios. But the theater under M&B Cinemas out of Houston tried adult fare as Garland’s first adult theater beginning June of 1984. And they had a hit! Unfortunately for M&B, the city of Garland ramped up a campaign to zone the theater out of existence within weeks of the grand re-opening. The speed of the justice system was suddenly lightning quick in Garland. And the city had its way behind a rather hastily-passed and somewhat dubious zoning ordinance which would find the theater operators evicted from the Eastgate Shopping Center in September of 1984. The city would raid other adult businesses to attempt to rid the city of filth.