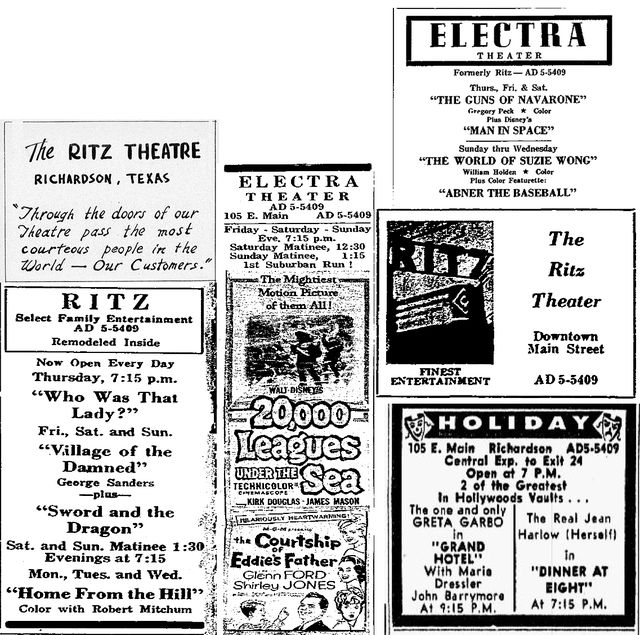 Here are some ads from the Ritz in earlier days with generic ads in the upper left and far right middle. After an update in 1961 at the bottom left corner in last days as Ritz and then rebranded as the Electra in 1961 top right as “formerly Ritz”. And in 1963 middle ad. In 1965, the Electra tried to become an art house and only allowed adult-aged patrons. So the theater decided to rebrand once again in 1966 becoming the Holiday Art Theatre (bottom right). It became home to the Richardson Community Theater retitled the theater as the Richardson Playhouse in 1969.