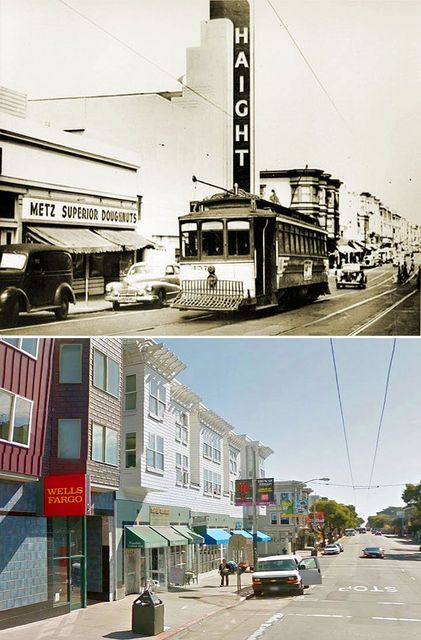 1948 - Haight at Cole Streets (facing east) - This shows the Haight streetcar heading towards the Golden Gate Park. The Haight Theater was closed in May 1964 (3 years before the “Summer of Love”) but was later the scene of some rock concerts after 1967. The building was finally torn down about 1975.