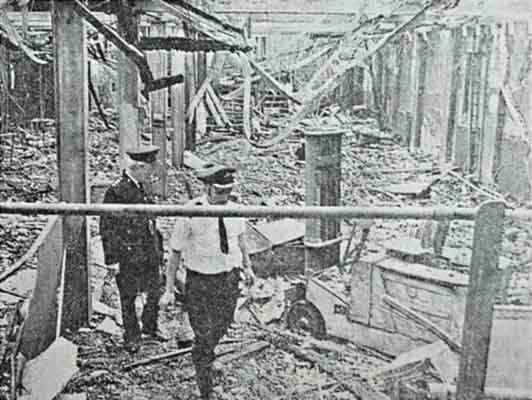 Colour television sets, many in the process of manufacture, were destroyed when fire ravaged the Capital Works in Llandeilo Road, Cross Hands, in the early hours of Monday Morning.

Also put in jeopardy by the blaze was an export programme worth almost £2m.

The sets were in process of assembly at the works of Specula Electronics, which is owned and run by former Llandybie man, Mr. James Burns.

Llanelli police are now investigating the circumstances in which the building – the old Capitol Cinema – was gutted.

Only the walls are left standing.