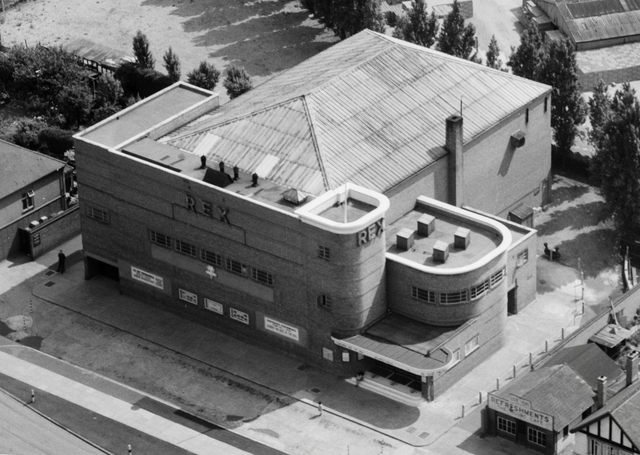 A June 1947 aerial view shows the Rex as an ABC house. Today (2014) the building to the left is a dry cleaners, the one to the right (with a half-timbered gable) is a KFC fast food shop. The Rex site is Rex House with Enterprise Car Hire, Subway and Ladbrokes as ground floor businesses.

The Kinematograph Year Books for 1947 and 1954 both give the capacity as 1003 seats. So none were lost with the installation of CinemaScope (assuming ABC had fitted it by 1954)