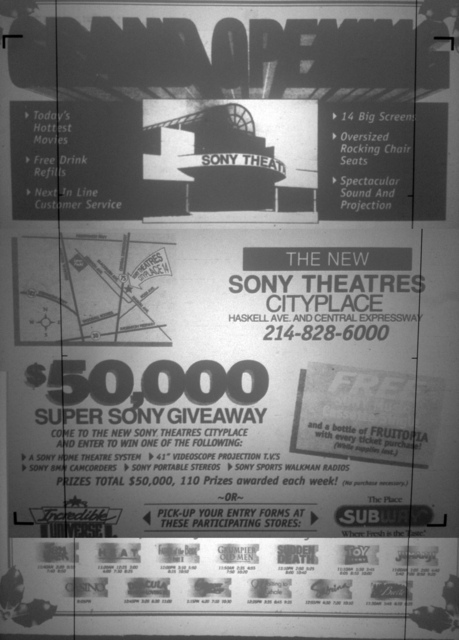 In the 1990s age of synergy, Sony had it going on with Sony PIctures from Columbia Pictures and Tri-Star films playing in Loews theaters, giving away Sony audiocassettes at the grand opening here at the Cityplace, and installing Sony Dynamic Digital Sound in auditoriums. The Loews Cityplace seemed like it would be around more than the 12 years and three weeks but when AMC bought out the Loews Cinemplex chain, the writing was on the wall for the theater which found itself squeezed out of existence by competition in the Central Zone of Dallas and even nearby Uptown.