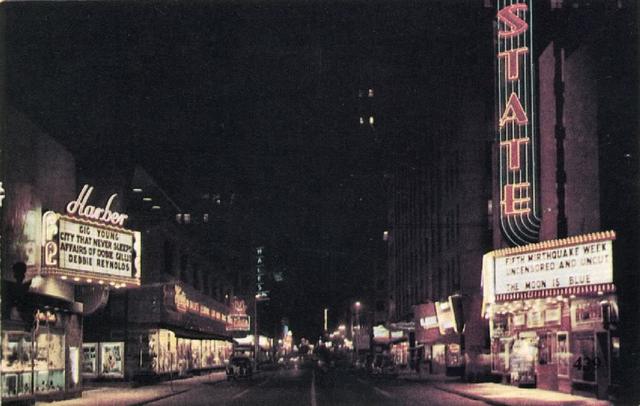 State Theatre, Oklahoma City, Playing 1953’s “The Moon Is Blue”, starring William Holden. State was directly across street from Harber (Cooper) Theatre. Both Theatre’s were demolished in the Mid 70’s as part of Oklahoma City’s Urban Renewal Program. More was lost than gained by the loss of several irreplacaeble theatre’s.