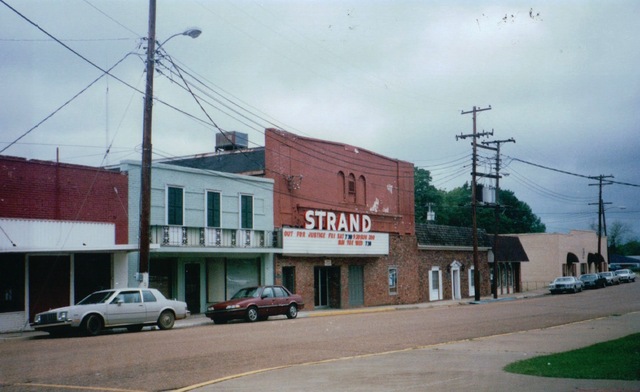 Just off the town square to the north-west, this photograph was taken in 1988 or ‘89, while the theatre was still in operation.

Ironically, when I posted this photograph on 2 March 2014, I was aware that the “link to a recent picture” posted by LostMemory showed the theatre and street in almost exactly the same condition twenty-five years after I took this. I was UNaware, however, that less than a year before, the theater had begun its renovation process, and I hadn’t thought to look to hard for newspaper articles, because the view from the Google car on Google-Maps was predated the restoration! We need to get Google-car to revisit Kosciusko!! Things are looking up!