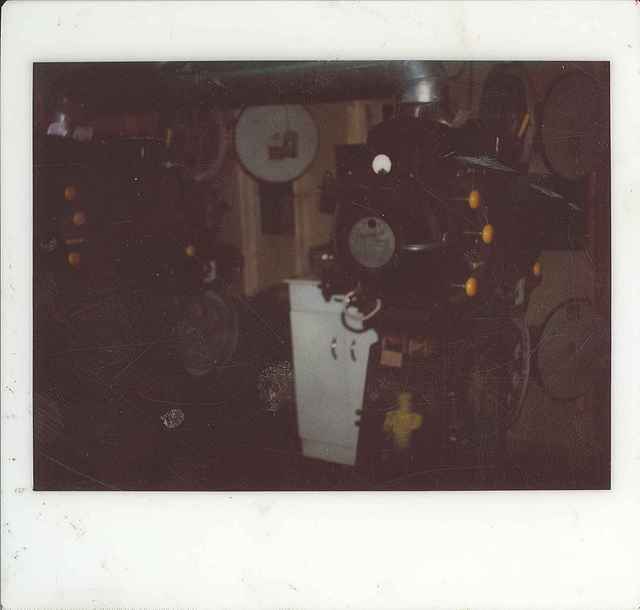 One of two known pictures of the projectors in the 1863 Cinema, circa 1978. These had carbon arc lamphouses and the usual changeover type setup minus a warning bell to indicate the 20-minute reel was nearing the end. The sound was monaural with a typical optical pickup. The projection head was a Simplex brand (if I remember correctly).

Just for nostalgia, I scanned the entire picture, which is not a Polaroid instant. It’s a Kodak picture (which was later discontinued after a lawsuit by Polaroid).